I've long been a fan of things relating to the Japanese samurai culture. Samurai armor has a very distinct look and has a lot of unique features, one of the most striking elements of their battlefeild armor is often the Sashimono, or the back banner. 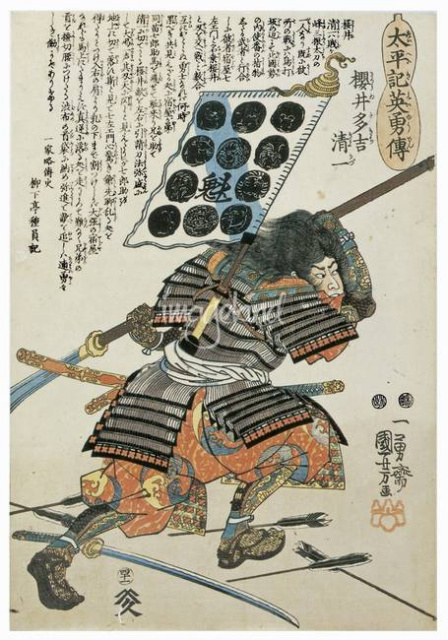 Sashimono were worn so that the warrior could display a family crest, warlord's mon, or other forms of heraldry. It allowed commanders to distinguish between individual units at greater distances. Samurai sought battle for glory and heraldry was an important part of proclaiming who you were and what family you were from. That way their heroic deeds would be known to all who witnessed the battle. The sashimono was a form of personal battle standard made from silk or a light weight cloth attached to a bamboo support pole and either carried by hand, or smaller versions could be tied to the back so that it would allow the warrior free use of both hands during battle. 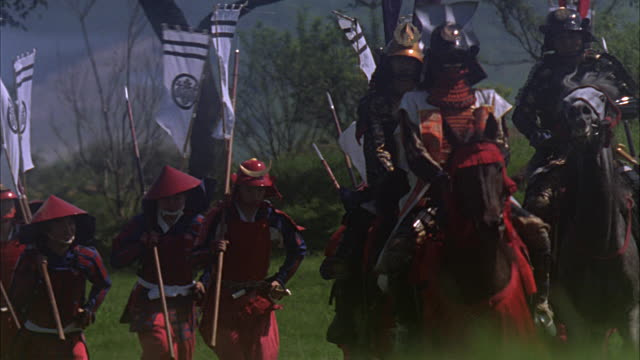 Tau models draw upon samurai armor as a partial inspiration to their design so naturally there are players who notice that connection and want to accent it further giving their forces even more samurai flair. Often they will add samurai swords to their models and back banners. Usually they use spare parts from historical figures but those traditional elements can appear slightly mismatched alongside a model with a hi-tech futuristic design.

The idea behind our banners is that we wanted to offer a futuristic take on the classic design so that people could use them to convert all sorts of sci fi themed samurai with more period approriate sci fi gear. (we also hope to be offering swords soon)

Our samurai banners are not intended soley for Tau, they also make a great addition to Draconis Combine units in Battletech as the Combine is heavily patterned after Japanese samurai. There are also many samurai influences in the design of Star Wars which is very apparent to anyone who's seen the Bandai Tamashi Star Wars line or familiar with the concept art for the original trilogy. While our banners aren't scaled for action figures, people who are inspired to create similar models in a 28mm-32mm scale would easily find use for the banners. 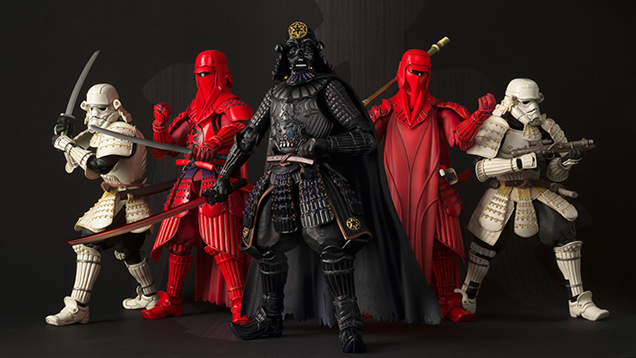 So the question you might be asking yourself is "How do I go about adding these cool banners to my models?" Hopefully this article can help answer that question as it turns out that with a tiny bit of planning it's actually a very simple modification that anyone can do and it brings a pretty unique look to your models on the tabletop.

Before you start you'll need to clean up your banners and remove the excess sprue material which is fairly easy process. Trim away the large portions of sprue material with a pair of clippers making sure to leave just a little bit behind on the banner. If you clip things too closely to the part it could gouge the material, or cause it to crack, or chip. Leave just a little bit hanging off the part then carefully remove that excess with a hobby knife or file.

If you see any mold lines along the edges of the banner or on the length of support arm you may want to carfully scrape or sand it it smooth. Because the banner pole is round you don't want to over do the pressure as you sand or scrape otherwise you may end up with a flat spot.

The resin is easy to work with so it doesn't take much work to clean it up and it's always better to take your time go at it a little bit at a time, otherwise you might find yourself trying to repair something that was damaged because you rushed things.

Model building is a hobby that rewards paitience and planning, the more care and precision you take the better your model will look in the end.

Once everything is cleaned up it should look like this. The last step is to wash it in warm soapy water in order to remove any oils or release agents that might be on the surface of the part. It's usually easier to do this step now while it's still loose and not attached to the model, it will also help the glue stick better.

Once the banners are cleaned up you will want to decide if you want the banner centered, or mounted off to one side as it impacts where you will attach it. On the back section of the crisis suit you will see three primary areas that are ideal for mounting the banners. 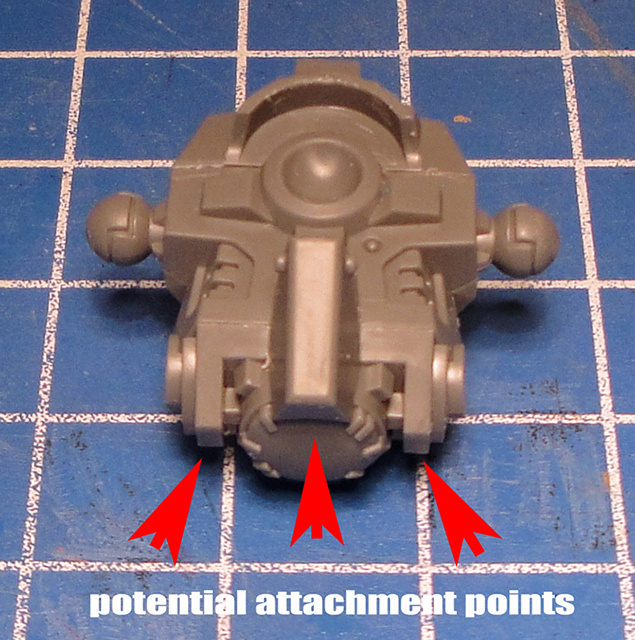 When viewed from the side you'll notice that the areas have some angles to them that will impact how upright the banner can be positioned. Once you know if you want the banner centered or off to one side you can then cut away or file some of those area so that the base of the banner will fit flush against the model for a stronger connection point.

If you want to have the banner centered in the middle of the model there's two ways it can be added. The first and easiest option is just to glue it onto the rear portion of the engine intake. Very fast and simple as it doesn't require any cutting or filing, however the banner will be leaning back at an angle. If you want the model to look like it's moving quickly it will look very much like it is leaning back from the motion. However if you want the model to look more stoicly posed and without quite as much dynamic motion you may want to trim down the angle of the intake so that it's held more vertical. Where you want to cut is indicated by the right-most line in the picture above. The pictures below will help show the difference between the two mounting approches.

The jet pack has been left off to see the detail better. 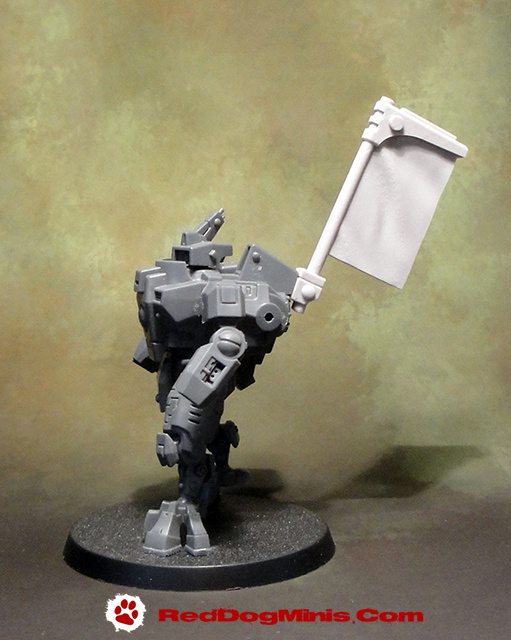 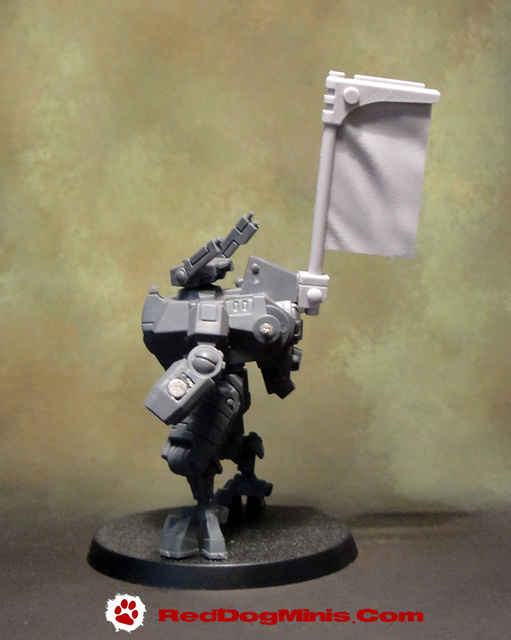 Same models with the jet pack in place. 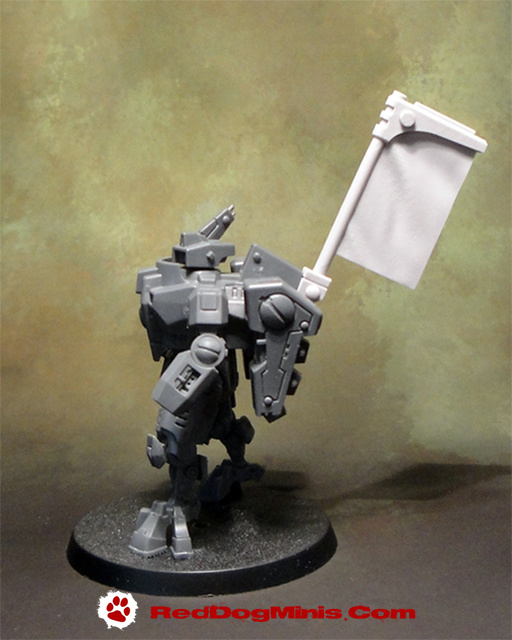 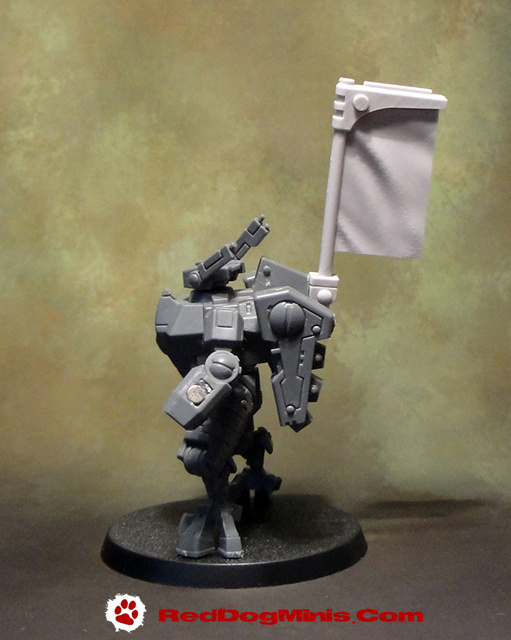 You might notice that even on the suit with the trimmed intake the banner isn't completely vertical. That's intentional as leaving a very slight angle helps it look a bit more natural. Anything that has weight is going to have a slight lean in at least one direction. Depending on the pose you may also find it looks better if the banner tilts ever so slightly to one side. Even when a person, animal, or robot is at rest it's rarely sitting or standing bolt upright, it's body weight or the ground it's on will tend to pull it slightly to one side. Paying attention to little details like this will help make your models feel a bit more realistic and natural, more like a large real world object rather than a rigid toy like object.

You may want to test fit the banner position with a piece of sticky tac which will hold the parts in place without needing to glue them. This allows you to examine the model from multiple directions and see if you like the position before you commit to having it glued in one place forever. Little tweaks and changes to the angle of a part can have such a huge impact on how dynamic the models looks, so it's a really good idea to play around with sticky tac and take the time to really look at your models closely. You probably want to rush and get things done and on the table ( and I certainly understand the feeling), but to get that truly breath taking master piece that wows everyone; you need to take your time to really examine the pose and position.

If you really want to go the extra mile you can warm the banners in some hot water and carefull adjust how the fabric portion hangs. Adjusting how the edge curls or drapes can give that little extra touch of realism suggesting that it is flowing in the wind.

Here's the models again, viewed from the front. 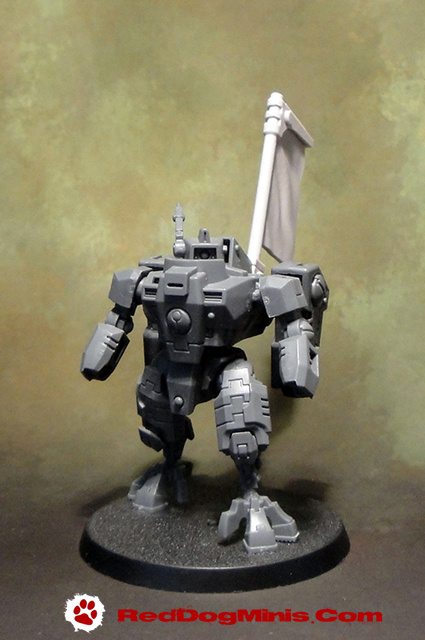 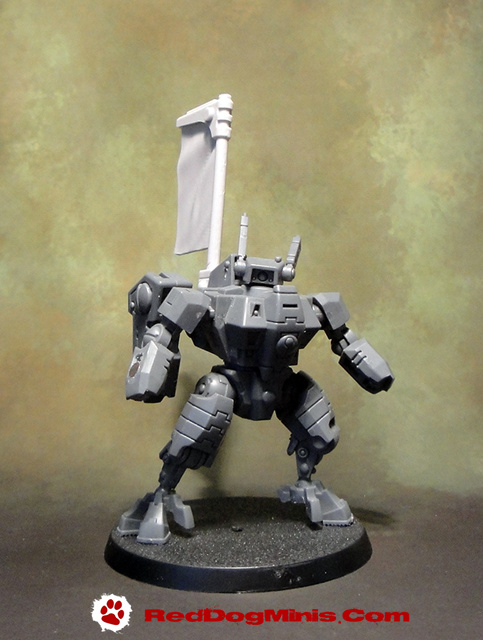 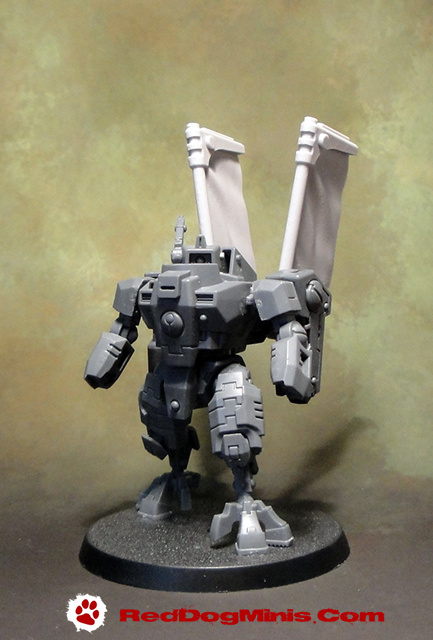